A Grand Night at The Regal with Michael Griffiths

A Grand Night at The Regal with Michael Griffiths
Regal Cinema
October 17, 8pm
By Matt Byrne

The pandemic caught Michael Griffiths at a “very interesting time”.

The hard-working Adelaide-based Aussie cabaret star was actually considering stepping back from the spotlight for a while.

His new show, A Grand Night at the Regal, is part of the re-opening weekend gala of the majestic theatre

“The funny thing is for a few years I’d been fantasising to have a break,” Griffiths says.

“But back in March that all changed. The pandemic hit and I literally lost everything.

“I had a touring range of gigs in NZ, Queensland and Sydney.

“I even had a wonderful range of jobs in Europe, one on the French Riviera and one on the Mediterranean cruising around Italy.

“One cruise was for retired rich American gays which would have been enormous fun.

“Then overnight it all went away.”

Like so many artist in Australia, Griffiths found his career put on hold, with no way back.

Finally the curtain is starting to rise again and Griffiths is looking forward to dishing up a double treat for his many fans at the Regal Cinema.

“I’m doing a double bill of Cole Porter and Peter Allen,” he said.

“I’ve done one man shows about both so it will be de-lovely to go back to Rio!

“It will essentially be a bunch of Cole Porter classic in the first half and then some of Peter Allen’s biggest hits in the second half.

“There’ll even be some songs from their fellow composers of their eras, so there’ll definitely be something for everyone.

“It’ll be wonderful to have a three-piece band.

“And they’re even bringing in a grand piano, which will make it even more handsome.”

“It’s really had a great facelift and is looking spectacular.

“I hadn’t been in there for 30 years and it looks magnificent, it will be a memorable night.

Griffiths hasn’t let the pandemic slow him down.

“I’ve gone back to Uni to upskill, doing a full time master of teaching, so I’ve been busy

“So I’ve ramped up teaching commitments, you need the qualifications.

“It’s keeping me busy and keeping my brain going.

“but it’s wonderful to be a doing a show in Adelaide again in such a majestic venue.”

A Grand Night at The Regal with Michael Griffiths will play the Regal Cinema on Saturday, October 17 at 8pm 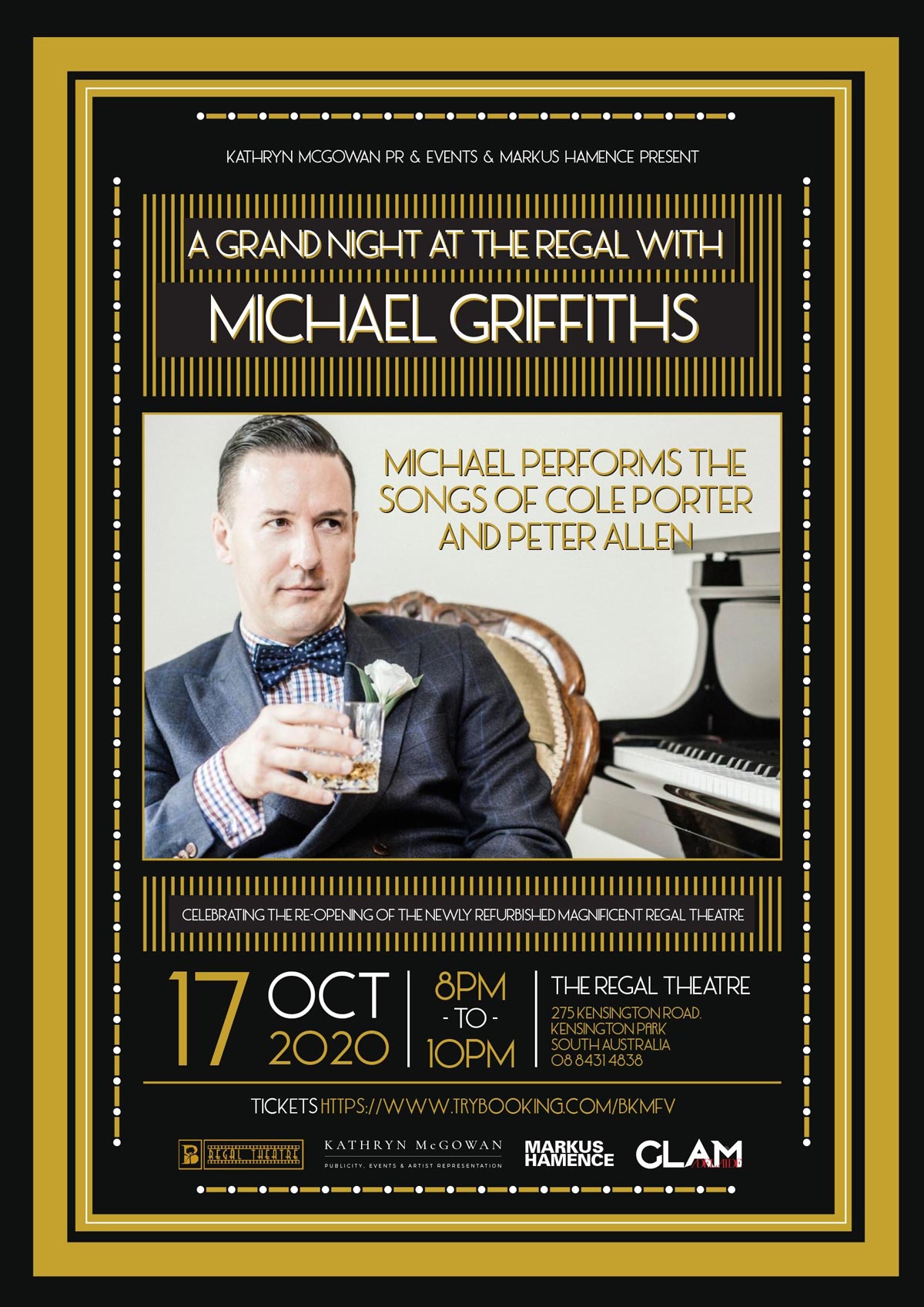